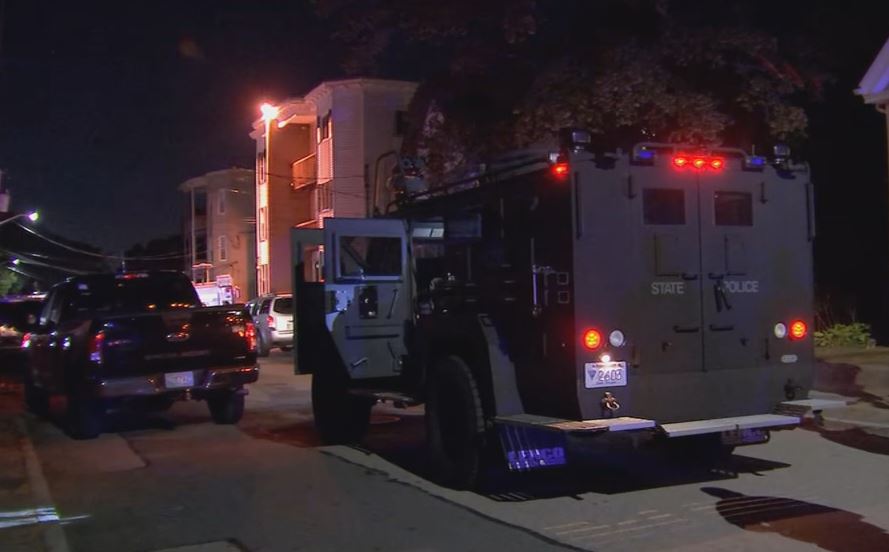 BROCKTON, Mass. (WPRI) — A Brockton police officer is recovering after he was shot several times while responding to a home Thursday evening, according to Plymouth County District Attorney Timothy Cruz.

Police were initially called to Taber Avenue after receiving several reports of shots fired in the area.

Cruz said the officer was shot four times by the suspect, who at the time was retreating into his home.

The officer was hit twice in his bulletproof vest, according to Cruz, while the two other bullets grazed his hand and leg.

The officer was rushed to Boston Medical Center with injuries that aren’t believed to be life threatening, Cruz said.

“Our thoughts and prayers are with the officer and we are very thankful that he is in Boston Medical Center right now,” Brockton Mayor Robert Sullivan said. “This shows the serious nature of law enforcement. We have very brave men and women that serve Brockton police every single day.”

The shooting led to an hours-long standoff between the suspect and police, which Cruz said ended when he shot himself outside of his home.

Cruz said the suspect was transported to an area hospital where he was later pronounced dead.

Police later discovered a man’s body inside a vehicle near the home, Cruz said. The victim, according to Cruz, had been shot and was pronounced dead at the scene.

The investigation into the incident is ongoing, and Cruz said the officer, suspect and victim are not being identified at this time.

Cruz also said the shooting was not random and there’s no immediate threat to the public.