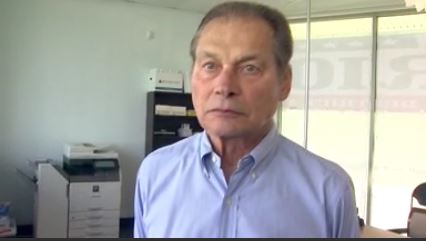 The Democrat held an open house and kickoff event at his campaign headquarters on Douglas Avenue in North Providence.

Ruggerio has represented Rhode Island’s 4th Senate District (North Providence and Providence) since January 1985 and has served as president of the R.I. Senate since March 2017.

On Wednesday, he touted the legislation passed by the General Assembly recently and said he’s hoping to pass more in the Senate.

“There’s a lot more work to be done,” Ruggerio said. “Obviously, we’ve got some money from the federal government. We have to look and see how we spend this wisely, because we don’t know what tomorrow’s going to bring.”

Ruggerio is being challenged by progressive Democrat Lenny Cioe, who also ran against him in 2020.

The winner of the Democratic primary in September will go on to face Republican Stephen Tocco in the General Election on Nov. 8.

Ruggerio’s campaign kickoff event happened on the same night as a socialist candidate fundraiser in Providence.

Man who barricaded himself from police in North Providence charged